Laugh, but our perception of hot and beautiful are two very different ideals to me. I just got done reading an article about Susan on The Guardian and checked out the YouTube video of her on Britain’s Got Talent.

Is Susan Boyle ugly? Or are we? On Saturday night she stood on the stage in Britain’s Got Talent; small and rather chubby, with a squashed face, unruly teeth and unkempt hair. She wore a gold lace dress, which made her look like a piece of pork sitting on a doily. Interviewed by Ant and Dec beforehand, she told them that she is unemployed, single, lives with a cat called Pebbles and has never been kissed. Susan then walked out to chatter, giggling, and a long and unpleasant wolf whistle.

We? I resent that. Of course I would probably be shallow and make a joke or something if she walked by, but in all honesty I would never treat anyone differently simply based on their appearance once I was introduced and measured them up (as a person). We all have our strengths and our shortcomings, and discounting skill and denying a chance to succeed based on something so shallow is reproachable. Our modern way of thinking that everyone that has talent also has to have stunningly good looks is logically flawed (counterpoint: Paul Potts).

So what’s the deal with this post’s title? Well, Susan Boyle is beautiful. The fact that she can walk out on stage in front of hundreds of people completely against her because of her looks, and still remain not only composed, but also confident is what makes her beautiful inside. Watch the YouTube video, you’ll see the part where she wiggles her hips to everyone’s embarassed amazement. She seems to revel in everyone’s disgust, because she knows her talent is strong and she will shut them up momentarily.

A strong fuck you is delivered in her eyes when the female judge speaks, and I absolutely love it. “Beautiful people” with the sense of entitlement disgust me. The girl they panned to, which the article correctly describes as “half mascara”, is young, and has time to learn such things. The female judge, however, should know better after Paul Potts sang and she nearly burst into tears she was so moved.

Good for Susan. I’m sure someone will want to kiss her now. Or maybe not. hahahaha 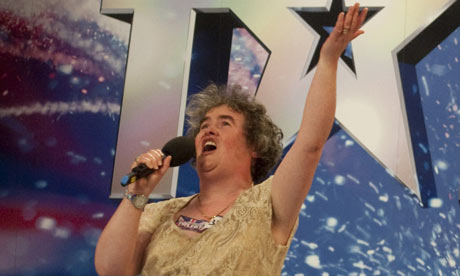 Common as a “Hip Hop Artist”

You call APIs, and at first the latency and responses are within your expected parameters, but sometimes, just sometimes, the

I have a Mac for work, and an external monitor. I like love the Night Shift option, but the setting won’t stay on after