Minor victory at work after months of boredom

It’s been a while since I’ve been happy to do nothing at work.  For a short while, I didn’t mind sitting here with next to nothing to do, while upper management wrangled with their finance people over how we could ever afford to outsource our e-mail environment to Microsoft’s Office365 product.

That conversation began November of last year, at which time all of our upgrade projects were put on hold and we were stuck with just doing support tickets.  If you’ve ever worked in IT, you know what that’s like.  Our overseas level 1 personnel spend about 5 minutes attempting to fix an issue before sending it to us, who are considered Level 2/3 engineers.  Most of the tickets that make it to our queue could be easily fixed by a password reset or are an issue with another group’s service or application.  Anyway, that’s another story for another time.

For the past 9 months or so, we’ve been sitting on our hands because a major step in our upgrade plan was put on hold: the creation of the development environment for the new version of our open source e-mail suite.  Twice (maybe more) we were told the project was cancelled because it was too expensive, and each time we found out that they wanted to continue to push it forward anyway after fudging the numbers some more.  For example, they rounded up the cost per mailbox in our open source environment to the nearest whole dollar instead of using the actual numbers to make it look like a better deal.

The project to outsource will cost the company millions of dollars more than what we currently spend to maintain the Exchange and Kolab environments ourselves, and if we don’t like it… get this… it will cost about $40 million in licensing and server costs and so on to come back to our own environment again.  Ridiculous.

So anyway, that’s not the point of this blog entry.  Lately I’ve been more productive because we heard from our manager that our projects will no longer be put on hold while the CxO’s fudge the numbers more and keep going back to the finance department to try and push it through.

To coincide with the new development environment, I’ve been working on getting our current build of Thunderbird updated to the newest version available (we’re still based on 14).  After some trials, I got the autoconfigure scripts to work, and today I finally got another piece of the puzzle together: the Out of Office plug in.

After installing Thunderbird 31 for a test user and applying our customizations, the user mentioned he wasn’t able to disable his out of office message any more.  I skeptically logged in thinking it was just user error, but I was surprised when the plug in launched and there was no account information populating at all.

If you know some of the more advanced details about Firefox or Thunderbird, you know that add ons come in the form of .xpi files.  These are basically .zip files that contain JavaScript code, are launched by Thunderbird, and provide extra functionality to the program.

So, I unzipped the old out of office plugin and after a day and a half of hacking, IT WORKS!  Haha.  I’m excited that I finally got something accomplished, even if it is as minor as getting this busted old plug in to work on a new version of Thunderbird.  Hopefully I’ll get a response from the original authors of the plug in and I’ll be able to publish it to mozilla.org for others to use.

For anyone interested, here is the XPI file for use within Thunderbird.  I’m hoping it will be available through https://addons.mozilla.org/en-US/thunderbird eventually.

I haven’t run any unit tests on it (mainly because I don’t know how yet), but it appears to work in Thunderbird 31 in Windows 7. 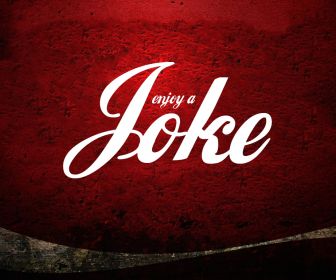 Need a little technobabble in your day? Watch the retroencabulator video.

Getting the Netgear WNR2000 router and Chromecast to play nice